It’s taken close to a decade for DavidThomson to get behind the wheel of a Hyundai Veloster. Has it been worth the wait?

What’s new?
Daring to be different was something Hyundai certainly achieved when the original Veloster was launched in 2011. Rakishly styled and with an asymmetrical 2+1 door configuration, this imaginative blend between a five door-hatch and 3-door coupe was a head-turner from day one.

Oddly, the first-generation Veloster never made it south for appraisal. Now, though, the second-generation model has arrived in New Zealand, and a decent block of time has been enjoyed behind the wheel of the 1.6T Limited.

Sharing its essential underpinnings with Hyundai’s conventional i30 range, the Veloster reprises the key qualities of its predecessor with arresting styling, that odd but practical 2+1 layout that has a single long door on the driver’s side and two shorter doors on the passenger’s side, and a focus on fun rather than functionality.

Along with a fresh look, the latest Veloster packs more safety equipment.

Features, such as the full multi-link suspension set up once reserved for premium models, are now standard across the range, too.

What comes as standard?
Standard items on the Veloster 1.6T Limited include keyless entry and start, an 8.0-inch centre display touchscreen with smartphone mirroring and satellite navigation, an eight-speaker sound system, climate control, a sunroof and wireless phone charging. Trimmed in artificial leather, the front seats are both heated and ventilated, with the driver’s seat power-adjusting for height.

What’s it like to look at?
‘‘Sick car. Has it been wrapped?’’ was the appreciative response of an automotive enthusiast somewhat younger than myself to the test car.

Translating from the modern idiom of callow youth, ‘‘sick’’ means great, and wrapping refers to the coating of a car’s exterior in a removable vinyl-like film to enhance its appearance.

His reason for thinking the test car might have been wrapped — it has a striking matte metallic paint finish. In fact, there is no wrapping involved, with Shooting Star Matte being one the standard paint finishes.

Even unwrapped, the Veloster looks great. The 1.6T Limited sits on five-spoke 18-inch alloys and 225/ZR40 R18 tyres, and its basic form is a quite conventional coupe shape, fairly high-haunched with a distinctive kick-up at the rear, echoing the original Veloster. The boldness of the nose works well and the sculpting around the wheel arches is a nice detail. At the rear, a decent wing sits above light clusters that border on fussy, while lower down the centrally-mounted twin exhaust emerges from the rear splitter.

The asymmetric door layout is a fun talking point. I asked several friends to walk around the car and see if they could spot anything unusual. Very few worked it out, in part because the rear door merges unobtrusively into the rear pillar.

What’s it like inside?
Charcoal grey trim dominated the cabin of the test car, and that trim was almost entirely hard plastics, albeit with some textured surfaces. Burnished metallic-finish highlighting, and red stitching gave the interior a lift, though the Veloster is still a lot more conservative on the inside than the outside.

As one would expect, there isn’t as much room as in a comparable hatchback.
Fitted with a handy cargo net, the boot has a 303-litre capacity and is decently square, but it has a high load lip. The rear seats are split 60:40 and can fold forwards to boost carrying capacity.

Entry via the sole rear door is on the passenger’s (kerb) side, and Hyundai deserve praise for engineering the Veloster so this is true for both left- and right-hand drive markets. The back seats are configured to take two occupants, and while adults should find the rear of the cabin tolerable for short spells, it is more suited to children.

Up front, there are decently supportive sports seats, with the driver’s one featuring a power-adjustable height control. The wireless charging pad and ports (one chargeable USB, one USB to link to the infotainment system, an AUX jack and 12-volt socket) are positioned in front of of the gear shift. Cupholders sit alongside a conventional handbrake, just in front of a lidded centre bin.

Key instruments and controls are nicely located, the touchscreen infotainment interface is easy to operate, and there is a handy digital display between the rev counter and speedometer in the main instrument binnacle. My only disappointment is that the steering wheel does not have a hugely sporty look or feel.

What’s it like to drive?
The Veloster’s 150kW/265Nm 1.6-litre turbo engine and seven-speed dual clutch transmission featured on these pages last year, under the bonnet of the GT version of the Kia Cerato, so there were no surprises in the abilities of the test car’s drivetrain to deliver decent performance.

A 0-100kmh sprint time of about seven seconds seems about right, but with peak torque on tap from 1500rpm there is ample pep and flexibility from low revs for less frenetic everyday motoring. This makes for a relaxing experience when ambling around town or on the highway in eco, normal or smart drive mode. There were a couple of times on test when the transmission seemed to get momentarily caught out, hesitating to change gear, and then doing so with a lack of smoothness.

The suspension is fairly firmly tuned, but damping is well-sorted, so ride quality around town is compliant for a car of this type. On the highway, it feels taut, but well balanced. Engine and wind noise is muted when cruising, but there is considerable road rumble transmitted into the cabin when traversing coarse-chip surfaces.

Slipping into sport mode, there is plenty of fun to be had down winding back roads. The paddle shift controls allow the driver full control of gear changes, and when the test car was driven purposefully, the gear shifts were smooth and crisp.

Giving the engine a workout brought out the best in the chassis and suspension, both of which are very well sorted for fun in Kiwi conditions. Helped by well-weighted and accurate steering, the test car turned into corners very nicely, and demonstrated great balance and tenacious front-end grip when pressed.

Pushing beyond the limits of grip (something few owners are likely to do, at least in dry conditions), the Veloster behaves much as a well-sorted hot hatchback would, scrubbing into gentle, progressive understeer.

Spending more time than usual on test seeking out entertaining back roads, did the Veloster’s fuel economy no good at all: I managing a 9.3litres/100km return on test, against a benchmark standard cycle figure of 7.1litres/100km.

The verdict?
Brimming with dynamic character to match its sporty looks, the Veloster 1.6T Limited is a fun package that is both engaging when driven hard, and a realistic proposition for easy everyday motoring. All-in-all, a fine successor to the original model. 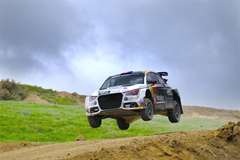 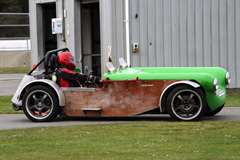 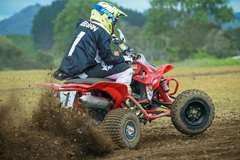 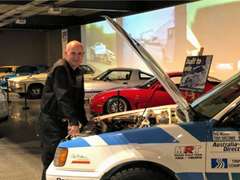