Swift fast, but not furious

David Thomson heads out for an extended run in the latest version of the Suzuki Swift Sport.

What’s new?
It’s a couple of years since I’ve been behind the wheel of the Suzuki Swift Sport, and the chance to do so for this test brought with it an opportunity to experience the machine for the first time in its upgraded 2020 form.

That upgrade has been a relatively low-key exercise, which steers clear of messing with the styling. Indeed, the most radical visual change is the introduction of some bold paint options, including the eye-catching Flame Orange Pearl that featured on the test car.

The Sport,flagship of the current Swift line-up, takes in some new safety features with the upgrade, and a digital speed readout has been added to the multi-function display on the instrument cluster, along with an engine performance monitor.

As before, the engine is a 103kW/230Nm 1.4-litre direct-injection turbocharged petrol unit. It continues to be paired with a choice of six-speed manual orautomatic transmissions, with the later adding $1510 to the regular Swift Sport asking price.

The vehicle supplied for appraisal was the Swift Sport auto, complete with the $490 option of a two-tone paint finish, pushing the price out to $31,990 — the top-rung of the current Swift ladder, which opens these days with the $20,750 1.2 GL, and includes 1.0-litre turbo and hybrid variants in the mix.

What’s it like to look at?
When Suzuki introduced the fourth-generation Swift in 2018, I expressed disappointment that some of the cuteness of the previous generation had been lost. Two years on, my thinking has shifted —the current Swift looks utterly contemporary, with its status asaperennial top-seller in New Zealand meaning its look is ubiquitous as well as highly appealing.

The Swift Sport does, of course, benefit from several styling enhancements, including 17-inch alloy wheels, a dress-up body kit which includes a carbon fibre-look side skirts and lower front and rear spoilers. There is also a discreet rear wing as well as twin rear exhausts.

The two-tone finish works particularly well on the Sport, and the new Flame Orange Pearl paint option is a great addition to the Swift’s colour palate.

What’s it like inside?
There’s been a recent trend towards dark interiors on sports-oriented compact hatches, but Suzuki keeps things fairly light and airy.

Light upper trims contrast nicely with darker surfaces below the waistline. Bright metal highlighting is kept to a minimum, but there is a red-flecked dash panel strip, and similar patterning in the accent panels on the front door handles and around the centre console. The Swift Sport also features red contrast stitching on the seats and gearbox gaiter and has coloured seat cushions to give a funky appeal.

Manually adjustable, the front seats are comfortable and well set-up for sporty driving, with supportive side bolstering lower down, and reasonable shoulder space further up. The dash is tidily executed, and the centre console includes a deep bin forward of the gearshift with integrated twin cupholders, a storage tray, and USB, AUX and 12-volt plugs points. There are handy bottle holders in the door pockets too, but the Swift’s glovebox is small, and there’s a small open bin behind the handbrake rather than a combination lidded bin/centre armrest.

The rear of the cabin is reasonable for a small hatchback, although taller folk may find the rear seats lack upper back support. Accessed over afair-sized load-lip, the boot is square and deep, with a decent 265-litre capacity when the back seats are raised. This expands to 579 litres with the rear seats backs folded forward.

What’s it like to drive?
The Swift Sport isn’t an out and-out high-performance hatchback in the mould of a VW Polo TI, Ford Fiesta ST, or Toyota’s cracking new Yaris GR. Rather, it dials back the raw performance punch and focuses on performance finesse.

In terms of mechanical grunt, peak outputs of 103kW and 230Nm are by no means startling, but the Swift Sport weighs in at a notably trim 970kg.

Accelerating in a straight line, the test car proved pleasantly brisk rather than memorably quick, with a 0-100kmh time of around 7.5 seconds. In-gear acceleration is solid, although the engine can take a moment to get into its stride when the throttle is floored at lower revs.

While the manual may hold greater appeal for traditional sports-minded drivers, the six-speed automatic (a true torque-converter auto, not a CVT) combines very well with the 1.4-litre turbocharged petrol engine. When left to its own devices, gear shifts are smooth and unobtrusive, and there are paddle shift controls tucked behind the steering wheel spokes for those occasions when the driver feels the need to take greater control.

The Sport rides lower than a regular Swift, sitting on 195/45 R17 tyres, and with suspension tweaks that include performance-oriented shock absorbers. The brakes are also uprated, with larger ventilated front discs, while the steering is light but direct. Together, these changes turn what was already a notably nimble car into an even more agile one.
The test car was sprightly around town, albeit with a jiggly ride over poor surfaces and some suspension thump traversing major imperfections. It really came into its own on winding roads beyond the city limits, traversing twists and turns with sure-footed verve. There’s a lightness to the way in which the Swift Sport darts through and between corners that is rare in a modern car and this feature, along with just the right amount of grip, is at the heart of what makes the vehicle such a balanced, sparkling drive.

This test involved an extended run from Dunedin to Queenstown and into Southland, so there was no shortage of main highway driving. This was competently dispatched, noting that those low-profile tyres conveyed a fair amount of road noise into the cabin on coarse-chip surfaces. The adaptive cruise and lane-keeping assist do what they should in a fuss-free fashion, and the seats are comfortable and supportive for extended periods.

Verdict
Faster, more focused hot hatches have passed through my hands this year, but when it comes to all-round charm and everyday usability, the Swift Sport is right up there with the best of them.

Check out the full range of Suzuki vehicles on Drivesouth here. 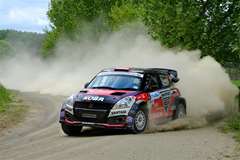 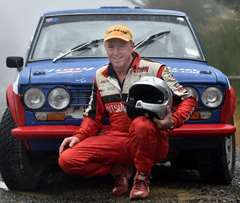 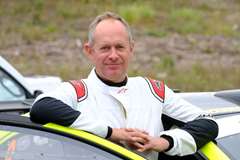 McCrostie competing again after decade away 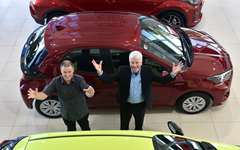