The latest B-Class is a marked improvement on its predecessor, albeit still with strengths that will appeal to the head rather than the heart. Those in the market who prioritise ease of access, a roomy cabin with a top-class ambience and finish, advanced multimedia interfaces, and an effortless and largely vice-free driving experience will find plenty to praise. Whereas potential purchasers seeking close engagement with the driving experience might well look elsewhere; and within the wider Mer

Mercedes-Benz’s compact people mover, the B-Class, is now into its third generation. David Thomson checks out this low-key achiever of the Mercedes range.

What’s New?
Part conventional car, part people-mover and sandwiched between the attention-grabbing A-Class and mainstay C-Class, it’s little wonder the B-Class is an often-overlooked member of the Mercedes-Benz range. Yet, despite a life of relative anonymity, it’s notched up more than 1.5million sales worldwide since first appearing in 2005.

The original B-Class was superseded by a new model in 2011, and 2019 marks the arrival of the third-generation vehicle.

This new B-Class shares its core platform and mechanical underpinnings with the latest A-Class. They are identical in wheelbase, overall length and width. But the B-Class is 122mm taller.

Internationally, the B-Class is available in several guises, some featuring petrol engines and some with new diesel power.

What comes as standard?
Key features on the B180 include the latest Mercedes MBUX multimedia system, which includes the excellent ‘‘Hi Mercedes’’ voice command system, integrated with Mercedes Me Connect, which provides advanced satellite navigation and comprehensive infotainment (including smartphone mirroring), safety and comfort features.

The sport package throws 18-inch rather than 17-inch wheels into the mix, along with lower suspension, revised steering (and a sports steering wheel), an AMG body kit, black exterior mirrors, twin-pipe chrome-topped exhausts, additional metallic highlighting inside and out, sports pedals and sports seats. The seat-comfort package covers power operation and memory functions for the front seats along with front-seat heaters and driver’s lumbar support.

What’s it like to look at?
Previous iterations of the B-Class have looked a little dull and frumpy. This new iteration is far more appealing, being in many respects a more upright and softer-styled take on the A-Class look. My one criticism of the new-found look, which has been carefully executed to minimise any obvious sense of tallness, is that softening the shape has produced a car that — badging and grille aside — is not instantly recognisable as a Mercedes.

What’s it like inside?
Unlike the exterior, the cabin is obviously Mercedes-Benz, both in respect of looks and the strongly upmarket feel.

Up-front, there are strong echoes of the A-Class in the MBUX dual widescreen, the turbine-like air vents, and switchgear. The way in which various trim materials are juxtaposed is appealing, as is the capacity to customise the look of the main instrument cluster and — with the ambient light package — alter the colour of the cabin at night.

Compared to an A-Class, the hip height of the front seats is 90mm higher. This makes for much easier ingress and, aided by the relatively low waistline, is a key contributor to excellent visibility.

The front seats are comfortable and supportive, and benefit from a neat feature called seat kinetics. When activated, this subtly varies the shape of the seat as you drive, to avoid the discomfort that many folk feel after a journey stuck in one position for too long.

Rear legroom is ample and headroom generous, and shoulder room is fine for two adults, but would be tight for three.

The back seat is configured in a 40:20:40 split with ISOFIX child seat mounts on the outboard seats. Children occupying seats in those mounts will enjoy good views.

While the 40:20:40 split and flat-folding seats offers some load carrying flexibility Mercedes has, for now, missed a trick in versatility by not mounting the rear seats on rails and/or providing back-angle adjustability.

As a result, while the rear seats are raised, luggage capacity is fixed at 455 litres but, due to the absence of a spare wheel (not that uncommon on premium new cars these days), there is also a shallow but sizeable storage space under the boot floor. The boot space is not that long, but at least the triple-split rear seat offers three extension options, extending up to a maximum 1540 litres.

What’s it like to drive?
Standing 12cm taller than the A-Class, the new B-Class could never hope to match its sleeker sibling for grin-inducing driver appeal. That point is all the more apparent here in New Zealand, where we only take what is — in global terms — a performance junior of the B-Class pack.

For a sizeable portion of the motoring public, this matters not a jot. And yes, it’s quite OK to value ease of access over a sporty seating position, and to prioritise good all-round visibility ahead of a strong resistance to body roll under hard cornering. Crikey, the global move away from conventional cars to SUVs reflects real people making these calls.

Around town the B180 feels very much like a front-drive-only premium compact SUV: light steering and great visibility make for an easy drive; so too, once beyond a sometimes jerky take-up of the throttle stepping off the mark, does its smooth gearshifts and gently responsive engine.

Even when worked hard in sport mode, there’s no hint of turbo-lag and while light on ultimate shove and aural character, the B180’s engine will happily wind out to just over 6000rpm, before the revs dip as the 7-speed double clutch automated manual gearbox selects — with equal smoothness — another cog.

Snappy overtaking during highway driving requires recourse to a lower gear, best engaged in my experience by using the steering-wheel-mounted paddle-shift controls.

Rewards during vigorous back-road driving are limited, not by the modestly powerful engine or by any shortcomings of the chassis, but by a lack of steering feel and a suspension set-up that doesn’t respond to lumpy surfaces with aplomb.

I wonder if a B180 riding on its standard suspension and 205/55 R17 tyres would be a better proposition comfort-wise than the test car featuring lower suspension and shod with 225/45 R18 rubber.

Taller and narrower tyres might also generate less coarse chip road rumble; while not excessive on the test car, this was the dominating noise source in a generally quiet cabin.

Verdict
The latest B-Class is a marked improvement on its predecessor, albeit still with strengths that will appeal to the head rather than the heart.

Those in the market who prioritise ease of access, a roomy cabin with a top-class ambience and finish, advanced multimedia interfaces, and an effortless and largely vice-free driving experience will find plenty to praise.

Whereas potential purchasers seeking close engagement with the driving experience might well look elsewhere; and within the wider Mercedes family, B-Class’s close cousin, the A-Class, would be the natural place to start. 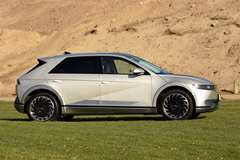 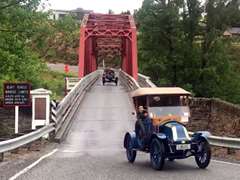 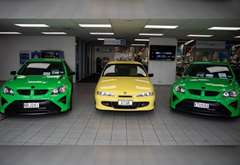 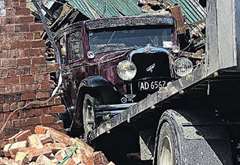 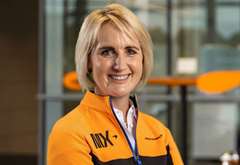