If forced to choose within Suzuki ranks, anyone who loves driving is still going to select the Swift over the Baleno. That said, provisioning the roomier Baleno with a 1.0-litre three-cylinder engine and a modern automatic transmission has been transformational, in the best possible way.

Slightly larger that the Swift, the new Baleno is barely recognisable from its predecessor, writes David Thomson.

What’s New?
The current Suzuki Baleno has been around since 2016, providing a slightly larger and more conservatively-styled alternative to the company’s popular Swift for a similar price. The addition of an RS to the line-up a couple of years back added some vim to the Baleno line, and it’s that version — recently updated — that is the subject of this test.

Costing $25,990, the Baleno RS is $2000 more than the standard Baleno GLX, and identically priced to the Swift RS.

Opt for the 1.0-litre over the 1.4, and you’ll be signing up for 20% more power and 23% more torque. Fuel efficiency is also improved, although the RS required a diet of 95 Octane petrol rather than the 91 Octane favoured by the GLX.

What comes as standard?
Baleno basic, the GLX, sits on 15-inch steel is adequately equipped with features including manual air conditioning and cruise control as well as Suzuki’s excellent infotainment package that has satellite navigation, a six-speaker sound system, easy Bluetooth and wired connectivity (including Apple Car Play and Android Auto mirroring).

Along with its vastly superior drivetrain, the RS justifies its extra $2000 with a swag of extra items, including 16-inch alloys, auto levelling LED headlights, front fog lights, keyless entry and start, climate control air-conditioning and an armrest as part of the centre console storage bin.

Both models feature the same safety specification — front and side curtain airbags, two ISOFIX child seat anchor points and electronic stability programming — however, the Baleno has not been a stellar performer in safety ratings, receiving a four-star score in the NCAP assessment.

What’s it like to look at?
While lacking the edgy look of the Swift, the Baleno shares a number of its smaller sibling’s visual cues, particularly in the prominent shoulder line that runs from its headlights to its tail.

Suzuki has underplayed the top-line Baleno’s sporting demeanour in neglecting to adorn it with ‘‘RS’’ badging. Still, sitting on alloys rather than steel wheels, and with chrome highlighting and superior LED lights, it’s clearly the most attractive member of the Baleno family.

What’s it like inside?
The payback for relative conservatism on the outside comes, when compared again to the Swift, with a much roomier cabin.

The gain in rear legroom is a particularly telling — 70mm — which matches the difference in wheelbase between the two models. Boot space is also far superior, opening at 355 litres with the back seats raised and increasing to 756 litres when they are folded down. One caveat around luggage capacity is that the boot is quite deep, with a very high load lip.

Up front, small but functional storage cubbies are moulded into the console between the seats. The glovebox is quite compact, but the door pockets are a decent size.

Given the Baleno’s price point, a preponderance of hard-touch surfaces on the dash and across the door tops is unremarkable. So, too, is cloth trim, although the blue hatched-pattern seat and door inserts brighten the cabin and coordinate with the exterior paint scheme. While the cabin was generally well finished, the test car suffered from an irritating intermittent rattle emanating from the leading ledge of the roof lining.

The centre display colour touch screen that dominates the middle of the dash is nicely set up, with different coloured edgings for its four quadrants: audio, phone, satellite navigation and smartphone connectivity (for Apple CarPlay). A number of functions can be activated using voice control, and this worked well when entering destinations into the navigation system.

The front seats are comfortable bucket-style units, with the driver’s seat manually adjusting for height as well as rake and reach. This setup, combined with the RS’s adjustable steering wheel, makes it easy to find a good driving position. The steering wheel incorporates fingertip controls for the sound system, phone operation and cruise control with the paddle shift controls for the gearbox nestled behind.

What’s it like to drive?
Suzuki’s compact three-cylinder engine has previously impressed when fitted to the Swift, and it impresses again in the Baleno.

Under light load at low-to-medium revs it burbles away fairly quietly, with just a hint of the discordant rumble that is a feature of motors with an uneven cylinder count. But give the throttle a decent prod and that rumble becomes a growl, taking on an increasingly gruff note as the rev counter flicks past 3000rpm.
With 160Nm of torque available from 1500rpm, there’s ample pep to propel a car weighing just over one tonne and to deliver fine in-gear responsiveness for snappy overtaking. These features, despite the car producing more road noise than I would have liked, meant the RS impressed during extended highway driving, as well as in the urban setting that most would consider its natural habitat.
Economy was also excellent during the highway haul, with the fuel consumption result on test only a fraction shy of the car’s official 5.2l/100km standard cycle consumption figure.

The Baleno’s steering is quite light, but it is accurate and provides reasonable feedback nonetheless. Massively better than the four-speed unit fitted to the 1.4-litre Baleno, the RS’s six-speed automatic is also very good, shifting smoothly when left to its own devices, but also offering the option of greater driver control via its manual shift mode.

Verdict
If forced to choose within Suzuki ranks, anyone who loves driving is still going to select the Swift over the Baleno. That said, provisioning the roomier Baleno with a 1.0-litre three-cylinder engine and a modern automatic transmission has been transformational, in the best possible way. 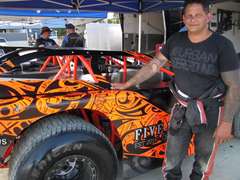 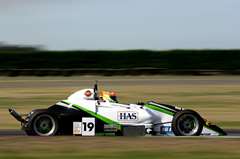 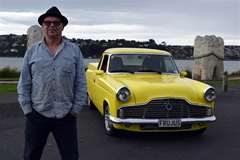