For the second year in succession, an all-electric vehicle has been crowned New Zealand Car of the Year by the country’s Guild of Motoring Writers.

This year’s award winner is the Mercedes-Benz EQC.

A premium sport utility, the EQC is the first member of the vitally important fully-electric Mercedes EQ range, which is set to expand to 10 new models of various shapes, sizes and configurations within the next three years.

Following a live announcement of the award in Auckland last night, Guild of Motoring Writers president Richard Edwards said the win for the Mercedes-Benz EQC sends a strong signal that the future for motoring in New Zealand will include electrification. Indeed, the announcement came as two new rapid EV chargers opened close to Dunedin, one in Palmerston and another in Middlemarch.

‘‘The Mercedes-Benz EQC is a brilliant vehicle; offering ‘electric’ performance, handling, technology, comfort and safety — without having to ever visit a fuel pump,’’ Edwards says.  ‘‘It is also an example of how in some segments, electric vehicles are nearing price parity with their petrol and diesel counterparts. If you look at where the EQC fits into the broader Mercedes-Benz range on size, specification and performance, it is not out of place at all.’’

A direct rival to last year’s winner,  the Jaguar i-Pace, the EQC is based on the structural underpinnings of Mercedes’ GLC sports utility.

However, the EQC discards the GLC’s styling, interior and, crucially, its reliance on fossil fuel. Instead, it is powered by an 80kWh lithium-ion battery pack, comprising 348 power cells located under the floor between the front and rear wheels. The battery drives two asynchronous electric motors, one mounted on a substantial alloy sub-frame under the bonnet to drive the front wheels, and the other at the rear.

Together, these motors muster 300kW of power and 760Nm of torque. With these substantial outputs the EQC combines its environmentally friendly credentials with impressive performance, including a 0-100kmh  time of just 5.1 seconds.

Along with its all-electric propulsion system, the EQC pushes forward in other areas of technical innovation, including active steering assist and a route-based adaptive cruise that slows the car for corners.

The EQC is available here in two different models:  the $142,900 EQC 400 4MATIC and the $148,900 EQC 400 4MATIC Electric Art Line. These prices are comparable to those for equivalent fossil-fuelled models in the Mercedes GLC range, from which the EQC is derived.

The EQC broke new ground for Drivesouth  in August, being the first pure EV in which we have completed a return trip from Dunedin to Christchurch.

Following that trip, which was made with one recharging stop each way, I  assessed the EQC as having an achievable real-world open-road range of a little over 300km starting from fully charged before its remaining range drops to 30km, at which point its systems put the vehicle into ‘‘emergency low-battery limp-home mode’’. Its nominal range between charges is 354km according to the standard EPA test formula and 417km according to the WLTP test.

The EQC achieved a four-plus (out of maximum five) Drivesouth  test rating, securing the maximum possible five stars for interior design, safety and economy, and four stars for performance and handling. My  overall conclusion at the time was as follows: ‘‘Mercedes held back on joining the EV fray, but it has been worth the wait. Not only is the EQC an excellent all-electric vehicle, it feels every inch a true Mercedes-Benz.’’

In assessing the EQC for New Zealand Car of the Year honours, the 24 voting guild members  evaluated the EQC against a range of criteria including how the vehicle performs its intended role, styling, interior design and accommodation, fit, finish and quality, ride and refinement, performance, road holding and handling, value for money, active and passive safety, and environmental responsibility.

Its win comes at a watershed time for motoring in New Zealand, with the Government announcing a climate emergency and pushing for an increased uptake of  low-emission vehicles. 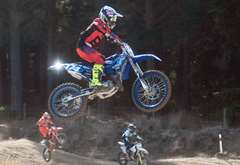