Chris Williams slips behind the wheel of a Toyota Supra to discover what all the fuss is about.

When an exciting new model of car is born into the world, fans go wild. Hard-cased adults become weak in the knees, intense debates rage among the knowledgeable in workplaces and school yards, car reviewers scramble like fighter pilots to gush over the latest offering.

Such was the case for the latest Toyota Supra when it launched in 2019 — it was, after all, the first new Supra since production of the previous A80 model ceased in 2002.

Drivesouth had a fleeting but enticing encounter in mid-2019, but now that the initial frenzy has died down, it’s an interesting car to revisit in a more considered way. An automotive equivalent of Grand Designs Revisited, if you will.

Before heading out for a spin, we must understand where the Supra sits in the marketplace.

Many brand-new two-door highper-formance coupes available in New Zealand cost over $100,000. There are just four that slide under the six-figure asking price. These are the Ford Mustang, BMW’s M240i, the Nissan 370Z, and the Toyota Supra (at $99,990 the Supra is under, not by much, but under).

Although the Supra’s competition is a bit sparse, it’s very strong: a German with the same engine, a muscular American, and a Japanese legend. Therefore, the Supra needs to be very good.

There’s a European connection that surely helps, too: in a similar fashion to the alliance that produced the Toyota 86 and Subaru BRZ as badge-distinct twins, the Supra is the result of Toyota joining forces with another car-maker, BMW, in an arrangement that has also spawned the latest Z4.

To be fair, we certainly aren’t talking twins this time. Crucially, the Supra is a permanently hard-topped coupe, while the Z4 is a soft-top roadster. But both come off the same production line, in Austria. BMW has provided the engine, the gearbox, the chassis, most of the cabin, and all of the interior switchgear. Toyota's influence is found in the Supra's styling, and areas such as the calibration of the steering, rear differential, brakes and suspension.

What’s it like to look at?
Naturally, appearances are what we all notice and judge first and, in this respect, it’s the classy classic coupe proportions of a long bonnet, sloping roofline and big hips. Once this was a common design, but these days it is rare enough to be striking.

Whether or not the Supra is pretty is a different matter. The boldness of the styling works for me, as does some of the subtle detailing referencing Supras of days gone by, but you will have your own opinions. The intakes, the bulges, and the spoiler might be a bit much for some people and not enough for others.

In true sports car fashion, the Supra is quite broad — it’s wider than a Land Cruiser, in fact — but because of its small wheelbase, it’s shorter than a Prius.

What’s it like inside?
Those able to limbo low enough to get inside are rewarded with space, leather trim, and supportive Alcantara-clad sports seats.

Getting in involves a curious transition, from looking at a Toyota to sitting in a BMW.

Pretty much the whole cabin layout, including buttons, gear lever, centre console, the column stalks, centre display screen, and the controller for the infotainment system are all BMW, and for those familiar with the look, it is almost a surprise to see a steering wheel adorned with a Toyota badge.

All the switches and screens are easy to use, and the graphics on the latter have been modified from BMW-standard.

You won’t be necessarily wowed by the interior, but it is a very pleasant and tasteful place to be.

What’s it like to drive?
One might imagine the Supra is a hardcore machine, one degree removed from a racing car, vicious, gnarly and unforgiving. But the Supra is less wild than you’d expect.

Considering its lineage — rather than look — this shouldn’t come as a shock. Some previous Supras were blisteringly quick by the standard of the day, but none were out-and-out track machines.

Even though this new Supra is a lot sportier than the Supras of old, it is still no wild animal. The biggest giveaway for this isn’t the technology or the smooth paddle-shift enabled eight-speed automatic gearbox or the heated seats or the quiet engine. It’s the power delivery.

In cars designed for or adapted from the racetrack, their power is typically at the top end of the rev range. In the Supra, maximum torque (500Nm) kicks you up the backside from 1600rpm and is sustained all the way to 4500rpm.

The wonderful, usable benefit of low-down and mid-range torque is that a prod of the pedal is all that is needed unleash the surge, and it’s a surge owners will never tire of using, whether powering through bends, overtaking, or powering from 0-100kmh in 4.3 seconds.

The steering is quick and direct and with further help from its short wheelbase, the Supra zips through the twisty stuff with intent. If you wanted to nit-pick, the steering lacks distinctive feel, but the front engine, rear-wheel drive layout makes the car’s handling very predictable and there is no sign of the snap changes you sometimes get in mid-engine cars.

The firm yet relatively supple suspension keeps the bodyweight in check and the grip is more than most people can handle.As a result, it takes a few corners to recalibrate expectations, but having done that the confidence to use its agility and power quickly builds.

Because the Supra doesn’t chew fuel or have an intolerable ride, it is also a pleasant car to drive for long periods. And believe me, you’ll want to (the 290-litre boot space is generous enough for a weekend away).

Verdict
The Supra is an exhilarating machine and, compared with most of its European rivals, is good value as well.

The Ford Mustang is an interesting case as an alternative. In addition to being a front engine-rear-wheel drive, sub-$100k performance coupe, these days the Mustang is halfway between muscle car and sports car. All these common factors mean you can — within reason — compare it with the Supra. But while the two may be comparable on paper, they tend to attract their own clusters of hardcore fans that refuse to even consider the other car as an alternative. There are very few swing voters among those crowds.

In regards to the Nissan 370Z, the Supra outperforms it. BMW’s M240i is terrific, but the Toyota’s styling is much more distinctive. In short, the Supra is a wicked new sports car that is well priced, usable and superb fun. 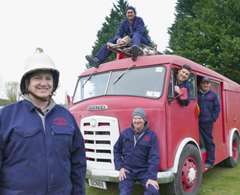 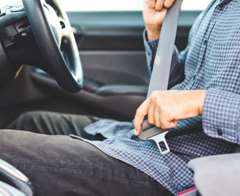 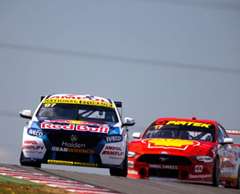 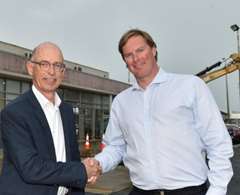 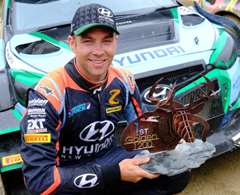