Kia New Zealand was expecting big things from the little Seltos even before it arrived in this country, and the company has every reason to be delighted with its sales performance to date, and the fact that Sportage sales have remained solid even as its smaller sibling rockets along. Sharp pricing, especially at entry level, certainly accounts for some of Seltos’s early success but, overall, it’s a fine all-round vehicle, and perhaps the first from Kia to set a benchmark for its class.

David Thomson takes the Kia Seltos for a drive and answers a few questions.

What’s New?
Kia has enjoyed massive success with its Sportage mid-sized SUV in recent years. Not only has it been Kia’s best-selling model, but it’s also been New Zealand’s fourth-most popular passenger vehicle of any kind in 2018 and 2019.

The Sportage retained its spot on the New Zealand sales charts last month as 2020 got under way, but it was no longer this country’s top-selling Kia. Instead, the honour and status of being the country’s second most popular passenger vehicle of the year so far, had been snatched by the Seltos, a junior sports utility sibling to the Sportage.

The arrival of a Seltos for appraisal earlier this month gave me considerable relief: almost as soon as it appeared in showrooms last November, I began fielding questions from interested readers. “What’s the new Seltos like?” they’d ask. Because Kia elected not to hold a traditional media launch for the Seltos, my honest answer had to be “I really don’t know, but hopefully I will be able to tell you soon”.

So here we go, at last, with a full answer by way of a road test.

Let’s start with a few basics.

First up, the name Seltos, apparently derived from Celtos, the son of Hercules in Greek mythology.

In industry-speak, the Seltos is a sub-compact crossover SUV. Obvious points of comparison include the Mitsubishi ASX, Nisaan Qashqai and Hyundai Kona. Particularly the latter, for while the Seltos is a little larger, the Kona and Seltos utilise the same underlying platform.

All-wheel-drive is offered at the top of Seltos range only, on the $46,990 AWD Limited. The flagship is powered by a 130kW/265Nm 1.6-litre turbo petrol engine mated to a seven-speed dual-clutch automated manual transmission.

Kia showed its high level of confidence in the Seltos by supplying the entry-level model for appraisal, rather than a bells-and-whistles model from further up the range.

All other models have a larger 10.25-inch centre touchscreen.

Sitting on 17-inch rather than 16-inch wheels and with a full-sized spare, the EX picks up LED running and tail lights, front fog lamps, full climate-control air-conditioning, a rear USB charger and cloth/composite leather trim.

What’s it like to look at?
Based on Kia’s SP Signature concept car, the Seltos appears distinctive without looking odd, a visual feat that isn’t easily accomplished in the compact sports utility ranks.

Up front, the arrangement of the headlights and running lights (the latter LEDs, even on the LX) is one of the vehicle’s more striking features. The detailing, especially the sculpting of its flanks, also helps the Seltos stand out from the pack.

The LX’s visual street credibility suffers though, by sitting on 16-inch wheels and generously deep 205/60 profile tyres. On the other hand, this wheel and tyre choice delivers practical benefits that we will get to shortly, and different and sportier wheel and tyre options are provided on other models.

What’s it like inside?
A significant compromise in interior space is frequently part of the compact sport utility equation. Often the vehicles in this class that rate well for boot space are tight for back seat room, or vice versa.

To my mind, the Seltos has a class-leading balance, aided significantly by the fact that it is a little longer and taller than its platform-sharing sibling from Hyundai.

Working forward from the back, boot space is an excellent and usefully square 468-litres, and the boot includes a considerable ‘‘reserve’’ space under its lift-up floor.

This expands to 1428 litres with the rear seats folded down.

Offering two back-angle settings and split 60:40, the rear seats impress by delivering sufficient legroom for 183cm tall (that’s 6ft) occupants to be comfortable when seated behind front seat occupants of the same height. That’s good news for people whose rear seat passengers are kids in child or booster seats, too. Rear headroom is also impressive.

The interior design is neat and tidy too, with the attractively swept dash dominated by the centre-mounted touchscreen.

The cabin is well put together and if you are wondering how Kia can price the Seltos LX at such a competitive price point, part of the answer lies in the use of hard plastic trim. The lid of the decently-sized centre bin aside, this decoration is ubiquitous in the cabin.

Kia treads a conservative path in the colour and texture choices for the LX cabin: below the waistline, charcoal and blacks dominate, albeit with some moulded mesh patterning, some glossy, very restrained chrome highlighting, and a flecked pattern with touches of blue for the seat squabs.

Features such as conventional key rather than push-button start, non-chargeable USB, a lesser safety specification, and the absence of a fold-down rear armrest and rear seat pockets also help the LX hit its desired price point.

On the other hand, the sound system is fine, and everything is easy to use. The only infotainment hiccup on test was a tendency for my phone to drop its Bluetooth connection to the car. My iPad, on the other hand, connected just fine.

What’s it like to drive?
I found the driving position good, though the driver’s seat lacked upper back support for someone of my build. Key instruments are positioned well, the multifunction steering wheel’s composite leather rim is pleasantly meaty to grip and the transmission controls for the automatic fall nicely to hand.

While there are no paddle shifts, there is a Tiptronic-style manual shift gate. A rotary dial to the right of the shifter allows selection between eco, normal and sport drive modes.

The test car was light and easy on the controls around town. Forward and side visibility is fine, while the reversing camera is handy when manoeuvring. Kia fine-tunes the suspension of vehicles destined for New Zealand and Australia, and even riding on 60-profile tyres this manifests in an underlying and sometimes fidgety firmness on poorly-surfaced city streets.

Moving beyond urban confines, the test car delivered decent ride on the open road and sufficient pep for passing. The cabin is not the quietest place on Kiwi coarse-chip seal, in part because there is some amplification of road noise from the hard-trim surfaces of the cabin. It is is a sub-$30,000 car.

A particular shout-out goes to the intelligent variable transmission, which is one of the best CVT-type systems I have tried on a mainstream vehicle. Together with the vehicle’s well-proven 2.0-litre engine it provides solid and generally refined performance. This transmission should bring economy benefits too, although the Seltos’s combined cycle consumption figure of 6.8litres/ 100km is on par with class standards rather than better.

It’s fair to say that the Seltos LX is unlikely to be a motorist’s first choice to deliver great experiences down tight windy roads; try the 1.6-turbo AWD for that.

Setting out over such roads with that observation as a starting point, I was heartened by the ability of the Seltos LX to entertain. While not exactly sporting in nature, its steering is well weighted and possessed of reasonable feel. The chassis and suspension are amenable to being given a moderate work out, too; even when driven quite aggressively, the test car exhibits nice balance and grips well until the front end starts to plough wide and progressive understeer intervenes.

Verdict?
Kia New Zealand was expecting big things from the little Seltos even before it arrived in this country, and the company has every reason to be delighted with its sales performance to date, and the fact that Sportage sales have remained solid even as its smaller sibling rockets along.

Sharp pricing, especially at entry level, certainly accounts for some of Seltos’s early success but, overall, it’s a fine all-round vehicle, and perhaps the first from Kia to set a benchmark for its class. 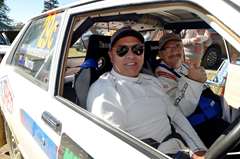 Rallying returns on roads of Catlins 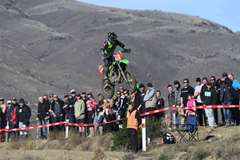 Duncan turns on best for fans and family

High-tech and classic cars mix it up in hill climb 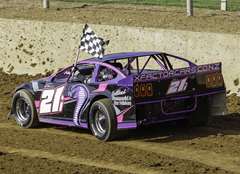