Richard Bosselman gets behind the wheel of the new Jeep Wrangler.

What’s new?
Wrangler’s story is a tale fittingly true to the simplicity of the type.

We’re talking a long heritage with just a few characters. Remarkably, for all the years it has been around, this is just the fourth Wrangler and the seventh development of the original four-by-four — that war-proven Willy’s Jeep that entered service in 1941.

As before, Wrangler provisions in two-door and four-door (Unlimited) styles, with Sport S, Overland and Rubicon grades, all continuing with a well-known 209kW/347Nm 3.6-litre Pentastar petrol V6, though now a much better eight-speed gearbox and stop start. The Rubicon on test cost $92,990.

What comes as standard?
The major changes are that new automatic (the only choice in New Zealand), keyless start, daytime running lights, park assist, seven-inch touchscreen with Android Auto/Apple CarPlay, and a reversing camera.

Wrangler has bowed more to modernity than the old-school styling suggests, yet even though it loads up with stability control with roll mitigation and anti-lock brakes, an electronic stability system designed to help control slides and a full complement of airbags, it lags a touch for accident-avoidance technology.

This and some concerns about structural integrity reflected in the JL model receiving a one-star rating by the ANCAP crash test regime. Not a good look for any modern vehicle. That score was updated in December and now the JL is a three-star vehicle — still not a great score but certainly more acceptable.

Be aware, though, the higher score applies to examples that have additional safety technology  — automated emergency braking (AEB) and blind-spot monitoring — that was not present on the test example. These come with Model Year 20 Wranglers.

In basic engineering, the JL remains true to its heritage: solid axles, a transfer case lever and a separate chassis, all evidence to support the view that this most Jeep of Jeeps follows a particular call as a true trail blazer.

That’s all the more evident with the Rubicon. Few production four-wheel drives have been as massively toughened for a rough life.

Front sway bar disconnect and locking diffs front and rear, extra ground clearance, more underbody armour, a Rock-Trac 4x4 system with a 4:1 low ratio (the others get a 2.72:1 low range) that backs up the usual low-range provisioned part-time four-wheel-drive setup.

What’s it like to look at?
In a word, staunch.

Of all Jeep’s models, Wrangler is the one that does most to keep the brand’s heritage relevant.

Sticking with a styling line that still allies to the look of the original Jeep is such a Wrangler 101 it would have been tantamount to treason to even think about dropping the trademark round headlights, seven-slot grille and boxy body shape.

So glued is it to the ‘‘original’’ shape that you can easily miss the modern touches, from LED daytime running lights integrated horizontally into the front of the mudguard, fog lights positioned in the lower bumper section, rear lights that appear stuck on and a windscreen that is more raked than before.

Adherence to a sense of heritage is why it continues with removable doors, exposed hinges and a fold-down windscreen. You almost feel it a duty to drive this vehicle wearing faded khakis and denims and some of US-centric hat.

And don’t worry if you’re caught in the rain. As before, the interior is weatherproofed. A dedicated storage pocket for the door bolts is in the boot, just so you don't lose them.

What’s it like inside?
The cabin isn’t an exact reproduction of preceding editions, yet anyone migrating from the previous JK generation will settle straight in.

There are lots of quirks and some irks.

When slipping into a Wrangler, you can’t help but think how little effort they have put into preparing it for right-hand drive: there’s no rest for your left foot (as you get in the US model) in the footwell and the handbrake is still not only on the left of the centre console but located far enough away to make it a stretch to reach, even for tall types. On top of that, there are some weird yet easily remedied ergonomic whoopsies, such as putting the only phone input USB in a spot where it’ll foul the gearstick.

And then there’s the off-the-wall cabin storage solutions: Nets for door pockets, a tiny glovebox, no holder for sunglasses.

That said, the layout of the controls is logical, pleasing to the eye and, happily, they’re all pretty much tactile buttons, dials and switches. The instrumentation is clear and easy to use, as is the uConnect system with Apple CarPlay and Android Auto.

It's not exactly the lap of luxury,  but the front seats are comfortable with good forward vision and heaps of leg, head and shoulder room. The second-row seats are 40:60 split folding but the middle seat position is uncomfortable enough to make the Wrangler best suited to being used as no more than a four-seater.

The boot is big — 533 litres — and it grows to 1044 litres when the rear seats are folded flat. Jeep implements some clever cargo restraining and stowage ideas. Under the boot is a useful storage area and a single 12-volt socket. And the boot door design includes a drop-down table.

It’s worth mentioning the tailgate design because it’s so different from the norm, being a split horizontal 50:50 system, where you open the lower tailgate with the spare wheel attached then lift up the window. This isn’t as simple or easy as a one-piece door, but it does have its advantages.

What’s it like to drive?
In being so aggressively developed for adventuring,  the Wrangler has never been the Jeep with the best on-road credentials. That’s got to be accepted, particularly when you pick the Rubicon, given it has the tallest, softest suspension and most muck-rated tyres.

Yet, as much as its survival kit and those chunky BF Goodrichs keep the on-road experience swaggeringly interesting, the JL genuinely feels less like an interloper in the traffic stream than its forebear.

The steering still has a degree of vagueness. Those big tread blocks are noisy on seal and slip more easily than road tyres, and the 12.4m turning circle has to be considered when you enter the urban jungle. One element that makes it so much more of a BFG in the street is the inclusion of parking sensors and a reversing camera.

It also has a more confident open-road gait, far less wobbly than old Wranglers. The JL feels much better tied down. There is still some lateral movement — because the dampers are tuned for off-road use — but it’s a lot more stable and settled and confident in its actions, but  ultimately it still feels like an off-road vehicle that you can also drive on the road, rather than a sports utility that can go off-road.

In respect to its ability beyond seal, if you were looking for a single word, “unbreakable” is as good any.

It is a fantastic tool in the wild, unfazed by the most hostile terrain, not simply because it is built tough but also because it has more practically useful off-road features than any other vehicle on the market.

Exactly why this model has ended up representing Jeep here solely with the oldest, least fuel-efficient engine when other markets, Australia included, get a diesel option, has never been explained.

It’s obviously a risky strategy using a petrol engine  in a vehicle that would  benefit from compression-ignition-motivation, what with the high likelihood of it being used in terrain where the torque-rich low-rpm oomph it lends  often makes  the difference  between getting stuck in and getting, well, stuck.

The Pentastar is not without some low-down muscularity, but  nothing can disguise how old and somewhat dated it is. Economy is better now, but it’s never about thrift, just varying levels of thirst. If was taking one on a big overland  weekend into remote areas, I’d make sure the 81-litre tank was full and I’d have several 20-litre fuel canisters in the back.

Verdict
No Jeep is more locked into this brand’s past and core promise than the Wrangler.

The fact it’s still utterly cool to look at is all well and good. That the JL is surprisingly more relaxed and refined and better designed than its forebear is also a bonus. Yet, ultimately, the appeal is the same as it has ever been.

Comparing it to its predecessors makes more sense that assessing it against other dirt-tuned fare, so incredibly good is this breed at getting you into and out of apparently impossible mucky situations.

Sales-wise I’d suggest it’s probably not going anywhere fast until it adopts a more suitable powerplant, which doesn’t have to be diesel per se — the new plug-in hybrid power plant Jeep has just unveiled and has promised will be available globally, looks brilliant, too. 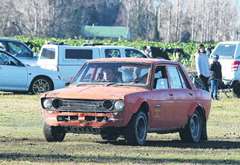 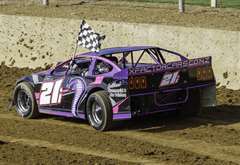 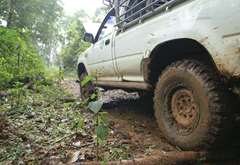