A ute that will stand the test of time, get to know the Isuzu D-Max.

It’s always refreshing to get behind the wheel of a car with manual transmission, I like being involved in the gearshift process, I guess that's why I own one.

The latest evaluation car to come my way with a manual wasn’t actually a car but a ute, Isuzu’s new D-Max to be exact.

Isuzu have recently launched a major upgrade to their popular model, given that it’s been several years since its last refresh.

The new D-Max has had a fairly substantial design makeover, there’s a new double wishbone suspension up front, the rear suspension and differential have had design upgrades, the engine’s turbocharger system has been re-engineered, there’s a lot more kit in the car, especially for safety where it earns a five-star Australasian New Car Assessment Program rating, and with a bolder exterior the D-Max is there to tempt the discerning buyer who wants just something a little bit out of the mainstream.

Bear in mind, though, that the D-Max gets all of the engineering experience of the wider General Motors group, and it is a ute that will stand the test of time. There are also all of the cabin configurations that you would expect in an entire range of utes – cab-chassis, wellside, space and double cab options. There are 15 variants in total, some just rear-wheel-drive, others four-wheel-drive and, of course, automatic gearbox variants are scattered throughout the line-up.

All variants are fitted with a 3-litre turbocharged diesel engine. Isuzu rates it at 140kW and 450Nm. Power is up 10kW and 20Nm over the previous engine and it shows, the torque flow is increased markedly in terms of how it is structured through the mid-range. Boost from 1600rpm to 2600rpm is substantial, especially in manual gearbox form where power is ushered in decisively as gears are moved upwards.

Special mention must be made here of the clutch and six-speed shift sequence, the two combine to give smooth changes and little likelihood off a stall at stake-off. Clutch action is light and progressive, easily hiding the rugged mechanicals which lie beneath. Incidentally, the four-wheel-drive and low ratio system is initiated by console-mounted electronic switches.

Although I had the D-Max during a time of extensive renovation at the Kiddie-household, I didn’t use the deck area for anything other than carrying the cricket bag that I use for coaching a team of 11-year-olds. The deck area was naked paint without a liner, so for fear of scratching it unnecessarily I had the weekend off from the project, hoping that rival brands would give me the opportunity to soon clear the section of debris.

On the subject of load, the D-Max wellside is a genuine one-tonner, capable of a 1.3-tonne payload depending on the deck, that along with a 3500kg tow rating has it sitting commandingly with the market front-runners.

Not only is the D-Max manual an easy car to drive smoothly, it feels good to be in as a driver, it is civilised and sits comfortably on the road. The test car was fitted with 18in Maxxis tyres, they were deeply-treaded and I thought they would make their presence known on the road, however, I was pleasantly surprised, there is a little drone on perfectly smooth surfaces but it wasn’t annoying and on coarse chip seal there was sound intrusion.

Isuzu should be well pleased with the work it did on the suspension, the ride is as good as any in this part of the market, in-cabin comfort is high both in front and rear, and other than a little jiggle over bumps and ruts the load bearing design doesn’t overly compromise comfort levels.

Being a working ute, the elements which make it possible to traverse difficult terrain are engineered into the vehicle, the low ratio/manual gearbox mix means an absolute crawl mode is possible in first and second gear.

Prior to picking the ute up it was used for dealer evaluation purposes and it had collected a lot of soil underneath; that being the case, I pointed the ute at fairly steep clay bank on the Port Hills, it easily conquered the terrain, and with 240mm of ground clearance there was little possibility of getting caught going over the top. On descent, such is the engine and transmission braking a feet-off-the-pedals approach is to be encouraged.

Column space doesn’t allow comprehensive detailing of the D-Max but to say it is a worthy consideration in a busy market, a market that is dominated by Thailand-built wellsides. It’s fair to say the D-Max is a serious competitor, and with its enhancements it’s going to stay that way for many years to come.

With its long-time running mate the Holden Colorado having disappeared, now is a good time for the D-Max to re-establish itself. After a break in supply while the newcomer came on stream, shipments are plentiful and options are considerable.

Check out the full range of Isuzu D-Max available now at Drivesouth. 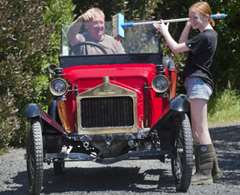 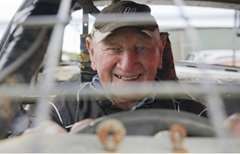 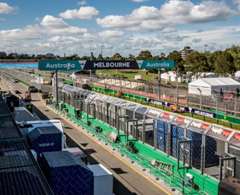